The IMF forecasts a strong post-pandemic recovery for Andorra

According to the IMF, the forecast looks good for a recovery of the Andorran economy this year, with a view to emerging from the recession caused by the COVID-19 pandemic. In this regard, the aspects that the IMF’s experts valued most in their preliminary report included the growth of GDP in 2021 and the low unemployment rates. They consider these factors to be decisive in the principality’s ability to withstand the effects and move forward despite the difficult situation.

The IMF visits its member countries on a frequent and recurring basis, with the aim of drawing up monitoring reports. Although not yet definitive, it has already published a notice with the preliminary conclusions reached by its experts.

The first point to highlight in the report is the real growth of gross domestic product, which reached 8.9% in 2021 thanks to the healthy figures for the second half of the year. Despite the increase in COVID cases due to the omicron variant that emerged at the same time, the IMF experts consider this to be a significant increase.
Another strong point is the positive outlook for the labour market, as Andorra has lower unemployment rates compared to other European countries. This is nothing new: prior to the pandemic, the employment rate of the working population between 20 and 64 years of age was 84.9%, the second highest employment rate of any country in Europe in 2019. We covered it for you in this article.
On a positive note, although Andorra is facing the widespread rise in inflation resulting from the conflict in Ukraine, the suppression of this increase is noteworthy. The energy price increase is being kept more moderate in the country thanks to long-term contracts with foreign suppliers.
Other positive points include: fiscal policies, current account surplus, accumulated foreign reserves, and liquid and well-capitalised banks. These factors will help to combat the uncertainty generated by the adverse circumstances that are expected this year.

Although Andorra is still carrying a 3% loss of revenue, due to the 2020-21 winter season being missed and a reduction in investment during the pandemic, expectations are positive.
The organisation predicts that, by the end of the year, Andorra could return to pre-pandemic levels of activity. Although growth will be strong, the risks arising from the environmental situation dominate and they foresee an increase in activity of up to 4.5%.
Headline inflation will be on the rise throughout the year until the first months of 2023, due to higher energy prices. This will be the case in all countries, but is expected to ease from next year onwards. This has prompted the IMF to forecast real GDP growth for Andorra of 1.5% in the medium term.

Threats to the economy
However, the report also points to risks to the broader economic outlook. These risks include the war in Ukraine, rising commodity prices, the progress of the pandemic, slower recoveries in neighbouring countries and tighter financial conditions.

Despite promising forecasts for growth, Andorra will have to contend with some important issues to avoid jeopardising its overall economic growth.

In this regard, the report warns that the pension system is facing an unfavourable situation, since contribution rates are low and the population is getting older. It predicts that the pension system will fall into a deficit in 2024 and exhaust its funds in 2039, making reform of this area a priority. The Andorran Parliament has already taken action and established a commission to draw up a reform plan for the end of 2022. Among the options being considered are an increase in contributions and raising the retirement age.

The IMF experts have pointed out that the banking sector needs to be bolstered. Although banks have assets representing 600% of GDP, as well as others that helped to weather this crisis, the risks remain high. The banking system has emerged from the crisis with a strengthened position, good liquidity and a low NPL ratio, but the private banking model and internationalisation strategy may be too costly in relation to the revenues generated. Thus, the over-reliance on foreign funding may become less stable. The Andorran Financial Authority (AFA) has already implemented measures to ensure that banks reduce their exposure and to limit the risks of bank indebtedness.

The IMF believes that there are limits to Andorra’s potential for growth, since it is a small market that is dependent on seasonal economic sectors and neighbouring countries. The fact that the principality can only be accessed by road and a scarcity of affordable housing, in addition to administrative procedures that delay private initiatives when setting up companies, are all factors that prompted the IMF to recommend economic diversification policies to boost growth.
Nevertheless, the organisation has praised the principality’s digitalisation plan, which has now been launched and is already yielding its first fruits.

The principality has been a member of the International Monetary Fund since October 2020, when it became the 190th member country. Being part of this organisation is an assurance of credibility for Andorra when establishing international relationships, as it must comply with the information and transparency principles developed by the IMF. Another advantage for member countries is the training and technical assistance they benefit from in financial and statistical matters. And if necessary, they can also count on IMF financing.

Furthermore, international evaluation agencies have also given positive assessments of the principality’s situation and prospects, which is reflected in their latest reports.

The IMF maintains an ongoing relationship with its member countries

After a visit to a member state by their experts, the IMF issues some preliminary conclusions which must be validated by the organisation in its final report. These are carried out under Article IV of the IMF’s Articles of Agreement.

The visits take place annually and they aim to monitor the economic and financial policies of the country concerned. They assess the country’s situation and the potential risks to its stability so recommendations can be made for promoting economic growth and financial stability. During April 2022, IMF experts visited Andorra and met with a total of 32 officials from the administration and para-public, private and financial sectors. Consequently, the resulting preliminary report that we have shared today on our blog has been drawn up, pending the final conclusions on Andorra’s prospects for growth. 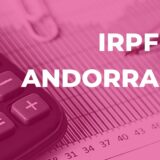